Read, You Must: Moving Target - A Princess Leia Adventure 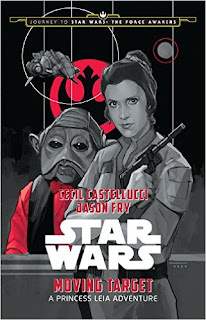 Are you ready for the Journey to The Force Awakens?
Disney Book Group and Lucasfilm Press have released three all-new middle-grade hardcover novels featuring some of the biggest names in the Star Wars saga! Luke Skywalker, Princess Leia, and Han Solo and Chewbacca get their own tales in this set, part of a number of new books published as Journey to The Force Awakens. Smuggler’s Run, Weapon of a Jedi and Moving Target are adventures that take place between the events of the original trilogy movies.
The three books also contain scenes set just before the events of The Force Awakens, so they each provide little hints and suggestions of what could be in the upcoming movie!
Moving Target: A Princess Leia Adventure by Cecil Castellucci and Jason Fry is an enjoyable adventure for Star Wars fans of almost any age and an important part of Leia’s history. Moving Target is the story of Leia leading a strategic mission to distract the Empire while the Rebel Alliance secretly prepares to attack the 2nd Death Star at Endor. In other words it takes place between the movies The Empire Strikes Back and Return of the Jedi.
While on her mission Leia must grapple with some incredibly serious issues: is acceptable to sacrifice lives in order to potentially save millions from the Emperor’s wrath? What if those sacrificing don’t even know that they’re the ones being sacrificed? Horrible questions indeed but this is wartime and there are no easy answers. Meanwhile also on her mind is Han Solo – recently frozen and last seen taken away by the bounty hunter Boba Fett.
Leia certainly doesn’t have time to dwell on thoughts of Han - she has important and sometimes awful tasks ahead on her mission. There is romance in Moving Target, but not where you might expect.
Moving Target focuses equally on Leia the diplomatic leader as well as Leia the Rebel action hero. When Leia and her small crew of varying aliens aren’t fleeing Imperials they’re being eaten alive by creepy crawlies in dark caverns. Pretty gross stuff here! Leia needs to switch gears quickly though as she is the face of the Rebellion to many and must be the negotiator for her crew in many ways.
The story takes its time to get to the action but certainly picks up steam mid-way! Leia’s team members each provide interesting and funny exchanges during the mission. For longtime Star Wars fans the inclusion of Nien Nunb (famously Lando’s Millennium Falcon co-pilot in Return of the Jedi) is especially a treat.
Speaking of humour, there is one scene that just seemed a bit too silly - or just not very Star Wars-y - where Leia and crew have to disguise themselves as tourists wearing T-shirts and shorts. It felt too “earthy” and not space-fantasy.
That one scene aside, Moving Target is a fun adventure that isn’t afraid to take time for the bigger issues in the Galaxy. Both authors are skilled at writing smart, engaging stories for young readers.
For those of you hungry for hints of the upcoming movie there’s the prologue and epilogue which take place right before The Force Awakens, some 30 years after the Ewoks joined the fight. These opening and closing scenes provide a few hints and peeks at what might be coming in the new movie. Leia’s role in the Resistance is clearly identified and several characters who may be in the movie are introduced. Don’t expect major spoilers but there are moments that make you wonder what's coming!
240 pages. Recommended for ages 10 - 14.
Also by the authors Cecil Castellucci & Jason Fry: 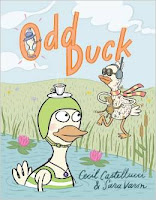 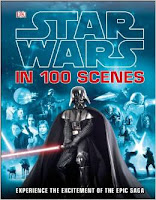