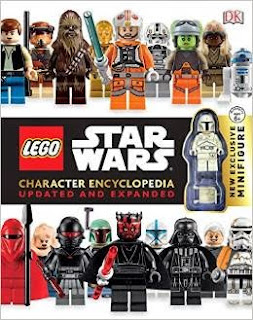 Building (brick by brick?) on the 2011 edition, this updated volume includes many new characters, particularly those from The Clone Wars and Star Wars Rebels.

Each character gets one page for a large photo, trivia and history of that character’s LEGO past. For characters that change significantly from film-to-film, there are multiple profiles. For example LEGO has made many versions of Luke Skywalker in his Tatooine “farmboy” outfit, so they’re all on the same page. When Luke has a different look, like his X-Wing pilot gear, he gets a new page. 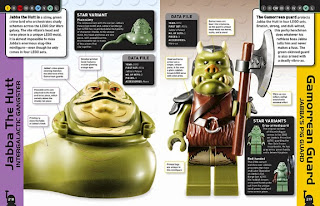 Looking at how LEGO’s take on certain characters has changed over the years is just one of the ways to enjoy this book. Like many other DK LEGO Star Wars books, this comes with an exclusive minifig! With this book you get a version of Boba Fett, based on early pre-production concept art by Star Wars artist Ralph McQuarrie. 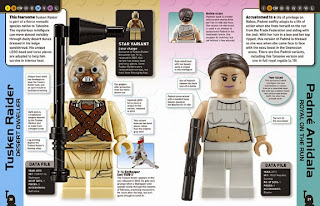 Unlike the wonderful recent LEGO Star Wars In 100 Scenes, this focuses squarely on the individual characters but does keep them in chronological order with their movie or TV appearances. At the end of the book is a whole section of characters that fall into the Legends category (not exactly part of the official Star Wars continuity) and some behind-the-scenes info too.

If you already have the previous LEGO Star Wars Character Encylcopedia, this isn’t a “must have” book, but it does offer a fair amount of new info, character profiles and of course, the exclusive minifig. If you missed that earlier book though and you love LEGO Star Wars, you’ll want to get this one right away!