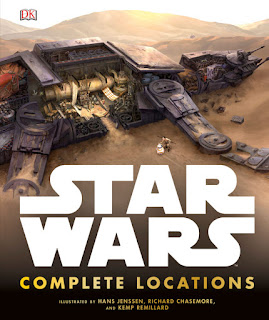 Star Wars: Complete Locations is the book for readers wondering how Rey made a crashed AT-AT into a liveable space or what the inside of every level of Maz Kanata’s castle looked like.

Ever imagined the hidden corners of Jabba’s palace or how the Rebel Alliance got their starcraft in and out of the Yavin 4 temple? Or even an aerial map of all the parts of Endor seen in Return of the Jedi? The look inside the Rebels’ Hoth base is particularly stunning!

It’s all here and a lot more in a book appropriately titled Complete Locations (at least until Rogue One comes out, or Episode VIII, or…… the future is pretty awesome for Star Wars, huh?). The focus here is the settings of the action of the Star Wars movies, not the action itself.

Star Wars: Complete Locations from DK is a large-size hardcover book full of richly detailed illustrations and all sorts of nuggets of information. This book is a great companion piece to books like Incredible Cross-Sections and the various Star Wars Visual Dictionaries and is similar in structure to those titles. 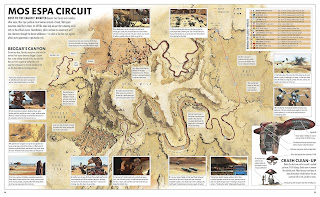 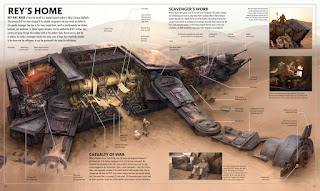 What’s great about these sorts of books is that they are easily enjoyable on different levels so they can appeal to fans of different ages and interests. There’s plenty of interesting information to read for those who really want to dive in deep. For others, simply marveling at the thought and detail put into each illustration is enjoyable enough.

Either way, readers will notice all sorts of things in corners and backgrounds of the movies after this enjoying this book! 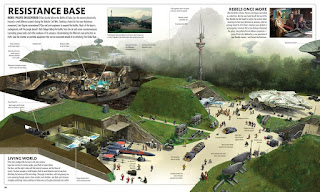 Posted by Star Wars Kidscast at 9:02 AM No comments:

Read, You Must: Star Wars Year By Year (Updated and Expanded Edition)


Star Wars Year By Year: A Visual History (Updated and Expanded Edition) is an in-depth look at the origins and development of George Lucas’ movies and how they exploded in popularity. While an equally fantastic book like Ultimate Star Wars details the fictional events within the Star Wars saga, Year By Year looks at the real-world story of Star Wars as it was created, celebrated and loved by humans on Earth

Every spread in DK's Year By Year is full of visuals, from behind-the-scenes photos to international posters to comic and book covers, video game screenshots and plenty of other Star Wars memorabilia. The evolution of Star Wars toys, games, books, clothing, comics, collecting and more are all chronicled here. 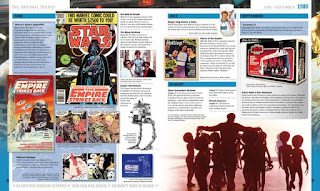 Star Wars has very timeless feel to it so sometimes it can be easy to forget that when Lucas was starting to write down his first ideas the availability of home video or video game consoles were still years away and the internet was unimaginable to most of us! Things have changed a LOT and Year By Year highlights all these advancements and how Star Wars evolved with them.

Each year is separated into a different section and important events related to Star Wars are noted. Along the way, landmark achievements for Lucasfilm, ILM and other related organizations are also mentioned. Historical events that were happening around the world are highlighted along the way as well.


This is an amazing gift book for anyone wanting to learn about how Star Wars got to be the giant it is today. Year By Year is also a great teaching tool to springboard conversations about history, politics and more. Younger readers can still get plenty out of this book as it is as full of images, headlines and short blurbs as it is details and history.

If you are wondering what’s new in this "Updated and Expanded Edition" from the original version from 2010, the answer is…PLENTY! 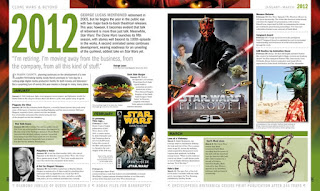 From the Walt Disney Company purchase of Lucasfilm to the release of The Force Awakens, the launch of Star Wars Rebels and more, a lot has happened in the past few years. While celebrating this new era of Star Wars excitement Year By Year doesn’t shy away from some of the less popular events of recent years like the sudden cancellation of the acclaimed The Clone Wars TV series or the closing of LucasArts (Lucasfilm’s video game division).

For a casual fan, flipping through this book just taking in the pictures may open up a whole new level of appreciation and excitement for Star Wars. Serious fans will find hours of info to enjoy! 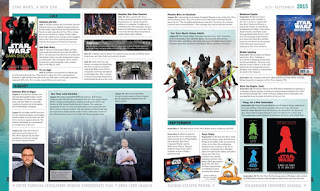 As if that weren’t enough, this hefty 360-page large-size book comes in a very spiffy slip-case and includes two prints of early artwork from The Force Awakens!

With Rogue One and more on the horizon, we may see more Star Wars in the next few years than ever before, which hopefully means more books like this one chronicling each step, year by year.

Posted by Star Wars Kidscast at 9:34 PM No comments: