Read, You Must: The Last Jedi: The Visual Dictionary 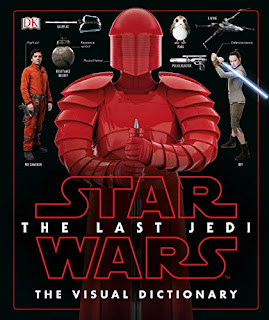 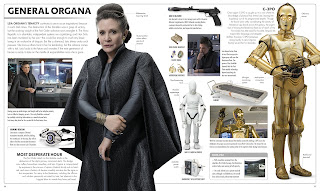 Readers who enjoy the DK visual dictionaries that accompany the release of each new Star Wars movie will not be disappointed with Star Wars: The Last Jedi - The Visual Dictionary. Fans of the latest Star Wars adventure will enjoy 80 pages of full-colour photos of new characters, droids, aliens, vehicles and creatures.

Like with 2015's The Force Awakens The Visual Dictionary, DK has enlisted Lucasfilm's Pablo Hidalgo to tell the stories to expand on so many things only seen momentarily on screen.

Readers who want to know all sorts of new Star Wars trivia have plenty to dive into here. What's that character's name? What alien species is this? What kind of starship is that? It's (almost) all in there.

"Almost", because there are a few moments of The Last Jedi that were not included in this book on purpose. Since the book was published almost the same time as the movie's release, a few key details were left out to keep a few surprises secret. Certain Jedi Masters appearing or disappearing are not mentioned here.

Also included are some glimpses of moments cut from the film, including more of the Caretakers from Luke's island hideaway and more aliens from the Canto Bight casinos.

Since it's a visual dictionary, these books can also be enjoyed purely for their many detailed photos from the movie. There's plenty to pour over here!

Either way, these books are must-haves to accompany the Star Wars movies! Recommended for Star Wars fans of any age. 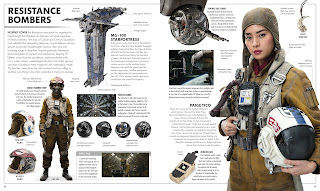 Posted by Star Wars Kidscast at 11:19 PM No comments: