Looking for a few last-minute gift ideas for a youngling on your list? There's a safe bet they don't have any of these books, all released December 18, 2015 to coincide with The Force Awakens. Hot off the press comes some terrific gifts for young Star Wars fans, assuming they've seen the film already. Warning: these books contain spoilers! 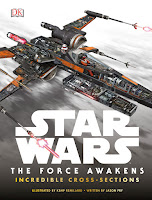 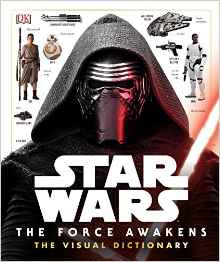 Until the junior novel of the movie comes out next year there are a few story books from Disney Press to tide over an avid young reader.  A middle-grade novel in three parts, Before the Awakening by Greg Rucka tells the stories of what Finn, Rey and Poe were up to shortly before the events of the movie.

Also from Disney comes 5-Minute Star Wars Stories, a collection of comically illustrated stories based on the events of all seven Star Wars movies, including two from The Force Awakens. Some of the material here has been previously seen as World of Reading early reader books. The artwork is fun, exciting and light-hearted and the stories are, as the title suggests, very short for quick reads.

Still full of illustrations but intended for stronger readers comes Rey's Survival Guide from Studio Fun, a journal-like book as if written by Rey herself, much like these Star Wars Rebels books.

For a bit of silly fun also check out Star War Mix & Match where you can not only swap costumes and weapons of the major characters but also story elements to create a very different, often absurd version of the movie! 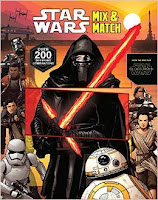 Posted by Star Wars Kidscast at 8:40 PM No comments: 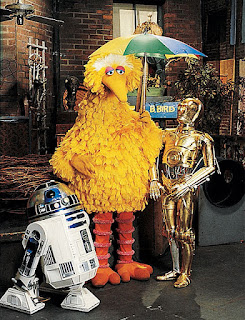 For decades Sesame Street has been a respected and popular TV program for young children around the world. Over the years many celebrities have dropped by to join in the fun. There have been many connections between The Muppets and Star Wars over the years (here's a blog I wrote on that for StarWars.com) Did you know that several of your favourite performers from Star Wars films have been guests on Sesame Street? Whether it was before their Star Wars fame or after, Sesame Street has often welcomed visitors from a galaxy far, far away!

Padme might be also known as Queen Amidala, but one of her Sesame Street appearances she starts off as the princess, playing a game called "The Princess and the Elephant" with Elmo. Perhaps our favourite Queen of the Naboo doesn’t want to be a Princess after all...


Lupita Nyong'o may not be familiar to young Star Wars fans just yet, but she's in The Force Awakens ! She’ll be somewhat unrecognizable as the alien Maz Kanata but here she is (in human form) - also with Elmo - talking about skin...


Liam Neeson (Qui-Gon Jinn) has also visited Sesame Street more than once. Here he dramatically counts to twenty with The Count!

If you don’t recognize this man’s face you’re sure to recognize his infamous voice! That’s James Earl Jones, the voice of Darth Vader himself in this vintage clip. Jones is sure intense when he’s brushing up on his ABC’s!

While were going way back, here's Billy Dee Williams (aka Lando Calrissian) counting backwards...
Actors aren't the only ones visiting the Street either...here's the droids C-3PO and R2-D2 meeting Big Bird:

Got a favourite Star Wars moment we missed? Let us know in the comments below!

Posted by Star Wars Kidscast at 10:08 PM No comments: