Read, You Must: Absolutely Everything You Need to Know 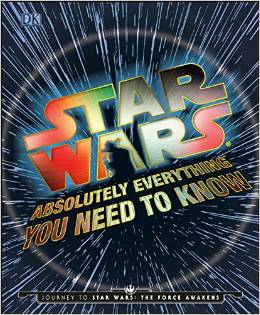 DK Books has done it again with another terrific book for young Star Wars fans. The publisher of Star Wars In 100 Scenes and Ultimate Star Wars are really on a roll!

At the risk of sounding repetitive (see our previous book reviews) Star Wars: Absolutely Everything You Need to Know is a 200 page collection of images from the Star Wars films and TV shows that explodes with trivia, insights and details. The information comes from a team of great writers who all happen to be enthusiastic fans themselves: Adam Bray (Star Wars Rebels The Visual Guide), Cole Horton (StarWars.com), Kerrie Dougherty (Star Wars Complete Vehicles), Michael Kogge (Star Wars Rebels: Rise of the Rebels) cover each spread with facts and figures. Some are important story details, some are obscure and some are very bizarre indeed. 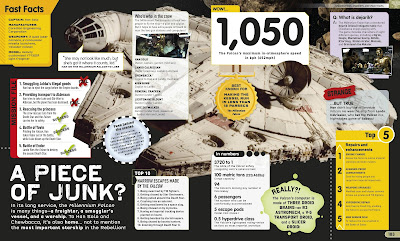 The key difference between this book and the recent Ultimate Star Wars is this book is meant to be just as much fun as it is informative. It’s organized into categories, but you can open this book at any page and learn something about the Star Wars universe, or find some new reason to smile at the oddities and curiosities of the galaxy far, far away.

Right from its ridiculous title (that no single book could actually live up to) this book never takes things too seriously and presents fun facts and info in a way that’s clearly for young fans. If you want a basic reference book on Star Wars plenty of those exist already (see aforementioned Ultimate Star Wars), but if you want to have a few laughs while you learn, this is the book for you! 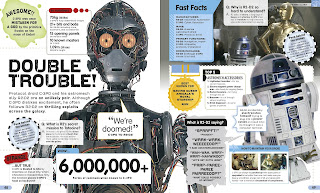 This book was also released as part of the “Journey to the Force Awakens” line. There isn’t much information revealed here about the upcoming movie, but bits and pieces of it show up throughout the book and there’s a section at the back of several full-page The Force Awakens images.

Don’t be surprised though to see Absolutely Everything You Need to Know being used as the basis for trivia contests for the foreseeable future! 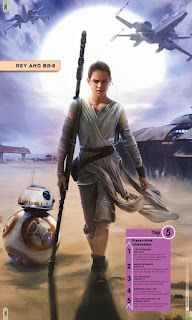 Posted by Star Wars Kidscast at 9:14 PM No comments:

Who ELSE will be in Star Wars Rebels Season 2? 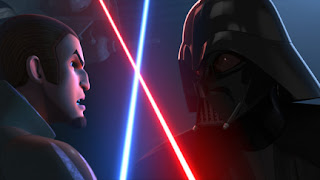 Season 2 of Star Wars Rebels is almost here and that means more awesome television featuring the crew of The Ghost: Kanaan, Hera, Ezra, Sabine, Zeb & CHOPPER! Before the new season starts it’s fun to imagine what familiar Star Wars faces could show up.

Remember that Star Wars Rebels takes place about 4-5 years before Luke joined the Rebellion, so any character who was alive then is a "maybe". Plus, Season 2 will apparently have almost twice as many episodes as Season 1 - so a lot can happen!

In an earlier article I posed some ideas of how or why we could see the likes of heroes like Luke Skywalker, Princess Leia or Han & Chewbacca. Check it out and see if you agree with any of those ideas.

Darth Vader and a few beloved characters from The Clone Wars have already been announced to appear (if you don’t know yet, check out the videos at StarWars.com!) …but who else? Let’s look at some of the possible villains who just might turn up…

Wouldn't it be cool to see Boba Fett face the Rebels, especially Sabine? Fett made several appearances on The Clone Wars as a youngster. Seeing him as a young but skilled bounty hunter would be pretty awesome. How did he become the fearsome bad guy that he is? How does Vader know about him to hire him in The Empire Strikes Back? While we’re at it, Bossk and Dengar also made appearances on The Clone Wars so we could see them in Rebels too! 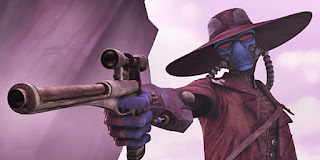 Cad Bane may be close to retirement by the time of Star Wars Rebels, or may have met one too many bad guys already, but it sure would be cool to see more of the ultra-serious Bane from The Clone Wars. Ok, I just really like this character. 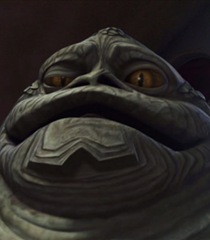 Even though Jabba made a very big “big screen” debut in 1983’s Return of the Jedi, was added to A New Hope years later, then had a small part in The Phantom Menace, it wasn’t until The Clone Wars that we really started to learn a lot about him. Turns out Jabba has a son and some very untrustworthy family members!

Jabba has already been mentioned in Star Wars Rebels when Ezra first met Agent Callus, he gave the fake name of “Jabba the Hutt”. Perhaps we’ll actually see him in his slimy glory, and hopefully as the feared crime-lord he was, not the guy whose tail you can step on. 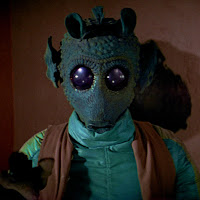 Greedo had a tough time in A New Hope. Han Solo clearly wasn’t scared of him in the Mos Eisley cantina, but Jabba apparently had enough faith to hire him. Somehow Greedo was a bounty hunter despite having laughably terrible aim with a blaster. Star Wars creator George Lucas apparently wanted to explore Greedo’s past because there was a young Greedo scene filmed for Episode I (which can be seen as a DVD Deleted Scene). He later appeared in The Clone Wars too. Perhaps there’s more to this Rodian than we thought?

You may wonder how it’s possible Darth Maul is still around after losing his fight to Obi-Wan Kenobi in The Phantom Menace. Let’s just say you need to watch The Clone Wars! Maul is alive and dangerous as ever by the end of that series though what happens next for him is never quite resolved. Could we see Darth Maul face Kanaan, or better yet Maul vs. Darth Vader?

There are many other characters who COULD show up in Star Wars Rebels Season 2 and beyond. Who would you like to see? Who do you hope to never see? Comment below…
Posted by Star Wars Kidscast at 6:35 PM No comments: