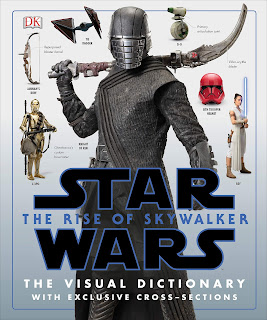 One of the great traditions with Lucasfilm's publishing world is that each movie release seems to have its own lavish book of visuals to pour over from DK books. The format changes from time-to-time but each of these books is reliably full of full-colour, highly-detailed photos of characters, costumes, props, and spaceships from the film. The text highlights details you may have missed or expand on the story with info that didn't make it on screen.

Star Wars: The Rise of Skywalker The Visual Dictionary does not disappoint in any of these areas. In fact it expands upon the format by also including five cross-section artworks that previously would be in their own book.

At 200 pages this one is more than double the thickness of the previous guides for The Force Awakens and The Last Jedi. That's almost enough to satisfy even the most detail-hungry fans. 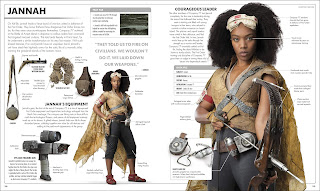 Of course, we have to say "almost" because my only complaint of these books is the same one each time: they always have to omit major moments, character reveals, or other "spoilers" for fear that someone leaks such info from the book before the movie comes out. Seems silly now, but this book does not contain Emperor Palpatine, a major character in The Rise of Skywalker.

That's an understandable necessity in the modern world, and a small complaint. What is here is page after page of photos of characters, droids, creatures, aliens, blasters, lightsabers, helmets and nearly everything else you'd want a closer look at. 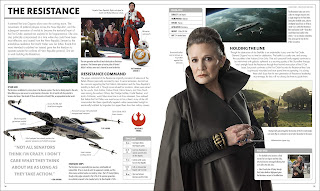 Of course it is a visual dictionary, but with text by Lucasfilm's own Pablo Hidalgo there's plenty of meaty stuff to read here too. There are many hints and allusions to possible scenes or even storylines deleted from the movie.

For any fan of the design and detail that goes into the making of the Star Wars universe, these visual dictionaries are a must-have addition to the collection. 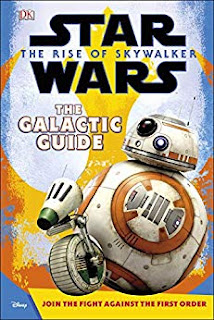 For younger fans there is also Star Wars: The Rise of Skywalker The Galactic Guide, a similarly packaged book of photos and info about the film, just on a smaller scale.

At 95 pages, this smaller hardcover still delivers with plenty to enjoy, profiling key characters and highlighting interesting facts and tidbits. Many of the same pictures are in both books but in this one you sometimes get a closer look at things, like mysterious character Zori Bliss' helmet.

Both books are up to the usual excellent DK standards for Star Wars fans and augment the movie experience like only the visual guides can. Enjoy!
Posted by Star Wars Kidscast at 11:15 PM