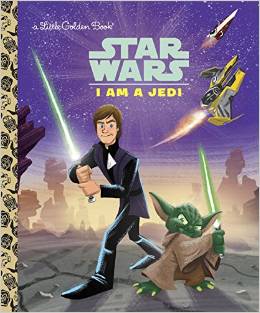 Written by Christopher Nicholas and illustrated with paintings by Alan Batson, Ron Cohee and Chris Kennett these three books focus on different character types found in the Star Wars movies. All three have classic retro-styled artwork and use examples from throughout ALL SEVEN films (again, so cool to say!). 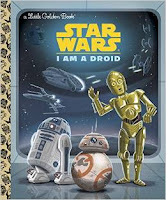 Each book features age-appropriate vocabulary to compare and contrast character sizes, shapes, emotions and roles in the universe. 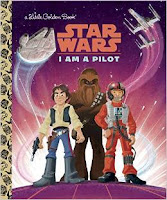 The books are a lot of fun and ideal for parent-child read-along times. It’s wonderful to see new The Force Awakens characters like Poe Dameron and BB-8 alongside Darth Maul and Mace Windu, not to mention plenty of Luke, Han & Chewbacca.

This delightful series will continue later this year with I Am A Sith. Apparently there is also one coming in July called I Am A Princess. It would be great to see one called “I Am A LEADER” centred on Padmé, Leia (aka General Organa), Mon Mothma and Hera from Star Wars Rebels. Of course, Rey needs to be in one of these books too!

For fans of the movie adaptations, yes there’s a The Force Awakens Little Golden Book coming too!

Publisher’s recommendation: Ages 2 - 5
Posted by Star Wars Kidscast at 10:56 AM