Read, You Must: Star Wars: The Visual Encyclopedia 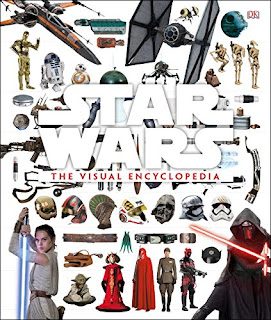 DK Publishing has created many terrific visual guides to the Star Wars universe and have just added another “must-have” book to that list.

Across 200 pages, the book contains spread after spread on a wide variety of topics, each full of visual examples. Everything from weapons and armor to creatures and droids are all broken down into categories (and sub-categories) then represented with multiple example images. 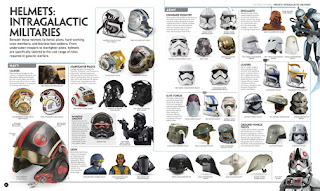 The writing team behind this book have all worked some of our favourite Star Wars guide books from the past few years. Tricia Barr (co-author on Ultimate Star Wars), Adam Bray and Cole Horton (both co-authors of Absolutely Everything You Need to Know, Chronicles of the Force and more) tie together the wildly varied items on display with their descriptions and notes. 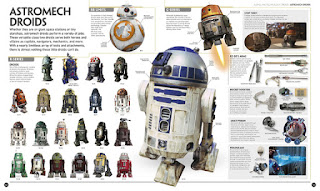 The uniforms of the Empire are contrasted with the casual dress of smugglers and pirates. Royal dresses from Naboo to Alderaan are also compared. Interested in the foods, toys and musical instruments of Star Wars? They’re all here. How about helmets? LOADS of those! And so many droids! 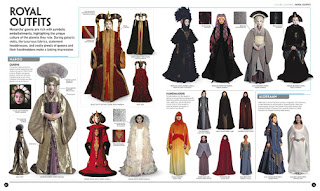 The Visual Encyclopedia finds its examples (for just about everything) from throughout the Star Wars saga, from the movies, including Rogue One, to The Clone Wars and Star Wars Rebels. Instead of dividing things based on when or where they appeared onscreen, here everything is presented as equally important. It’s all Star Wars! 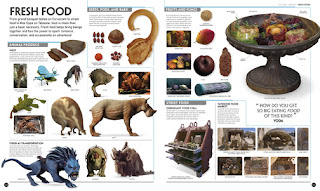 Star Wars: The Visual Encyclopedia really feels like an extensive souvenir book from the coolest museum exhibit ever. It can be read from start to finish, or you can open it up just about anywhere to have a closer look at nearly anything from the Star Wars universe.

Read, You Must: Guardians of the Whills 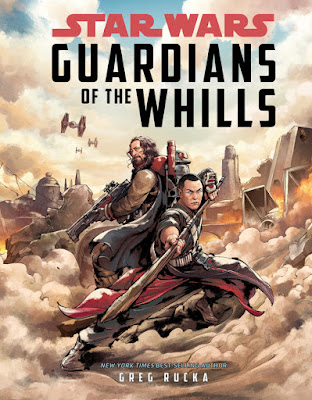 For fans of Rogue One: A Star Wars Story, learning more about the new characters and worlds from the movie is a welcome treat. The duo of characters Jyn Erso encounters in Jedha City, Chirrut Îmwe and Baze Malbus, have particularly intriguing pasts only hinted at onscreen.

Now those two are the stars of their own middle-grade novel from Disney-Lucasfilm Press, Guardians of the Whills by Greg Rucka (Before the Awakening, Smuggler’s Run).

Baze and Chirrut were a part of a group called the Guardians of the Whills, sworn to protect the sacred Kyber temple on Jedha. They are not Jedi themselves, but they do seem to be sharply attuned to some aspects of the Force, especially Chirrut. Since the Empire has taken over Jedha City and closed the temple, the two men are uncertain of their purpose or their future.

The story takes place before they meet Jyn or Cassian Andor. Under Imperial rule, Jedha City is getting worse and worse. Violence is escalating while food and water are becoming scarce. People are scared, hungry and losing hope. Baze and Chirrut find themselves helping an ever-growing group of children who have lost their parents in the conflict.

In order to protect the orphans they make a risky agreement with the potentially dangerous Saw Gerrara and his rebels. They all want to get rid of the Empire but Saw has some drastic ideas of how to fight them.

Author Greg Rucka treats the story very seriously and doesn’t soften it for young readers. Where on TV Star Wars Rebels gives some idea how planets suffer under Imperial control, here readers get much more a real sense of that suffering. This book is difficult to describe without making it sound overly bleak. There’s tragedy, hardship and fear all around. That is the reality of war even in a fictional galaxy.

Chirrut is the main voice of hope though and his strong faith is uplifting when others around him feel so defeated. Indeed the story is at times heavy but the overall serious tone is very effective in building the tension right up to the final moments!

There’s no real reason to expect a happy ending, but Chirrut and Baze never lose hope that trying something nearly impossible is still possible. There’s always hope, a key theme of Rogue One, and Star Wars overall.

Some readers looking for lighter fun and adventure may want to look at books like Join the Resistance and the Adventures in Wild Space books. Guardians of the Whills is a complicated story about two aging men of faith and their struggles to find meaning. They deal with complex issues like when, if ever, is violence justified? The answers don’t come easy as Chirrut often points out, the cost may be too high.

Rucka particularly shines during the dialogue between Chirrut and Baze. He has perfectly captured their voices as they spoke in Rogue One. Chirrut always has a deeper twist in his sometimes puzzling statements. Baze is no-nonsense and quick to the point. They debate like only two life-long friends can.

Guardians of the Whills is a philosophical Star Wars novel and a captivating character story. It will certainly appeal to young readers who like to ponder the big questions of life, and probably a lot of adults too.

The Force Awakens a New Hope in Youngling's Cancer Fight 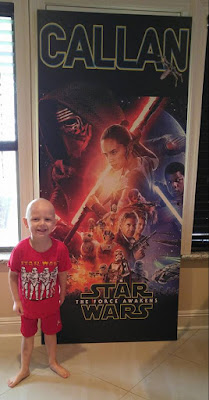 In December 2015, most Star Wars fans were eagerly counting down the days before the release of The Force Awakens. For one young fan and his family that month will be remembered as life-changing in many ways.

Callan’s story began, as most cancer patient’s stories do, with scary hospital visits and painful chemotherapy treatments. But his story changed after viewing a trailer for Star Wars: The Force Awakens – it awakened a determined little 3-year-old in his battle to defeat cancer.

Callan was diagnosed with acute lymphoblastic leukemia (ALL) only five days before Christmas 2015. Even though he had never seen a Star Wars movie, he was captivated by the trailer for the newest installment of the franchise, and quickly became obsessed with the Star Wars universe. For Callan, it became clear – he would use the Force to defeat cancer and now viewed his chemotherapy and port as good things, simply a part of his Jedi training. The Force is strong in this young one.

So strong that he’s transferring it to others by sharing his story of hope through the St. Baldrick’s Foundation, a national charity dedicated to funding childhood cancer research as an Honored Kid.

By sharing his hopeful message with the world, Callan hopes to inspire others (and donors). To help, visit St. Baldrick’s Foundation here.

Do you know an awesome Star Wars Fan Kid? We'd love to share his or her story!
Posted by Star Wars Kidscast at 8:39 AM No comments: