Read, You Must: The Weapon of a Jedi: A Luke Skywalker Adventure 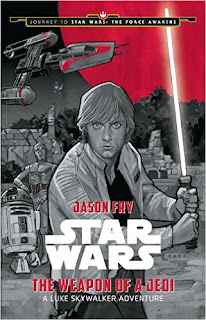 The most obvious question to a Star Wars fan looking at the official The Force Awakens poster (or any of the promotional material released so far) is: Where is Luke Skywalker?

Fear not! Luke will certainly be in the new movie, but what he’s up to or where he is has been a carefully guarded secret so far. It seems even the characters of the movie will be asking the same question too.

Where is Luke Skywalker?

If you’ve read The Weapon of a Jedi, you probably have a pretty good guess to the answer!

Before we get to that part, let’s back up a little. Disney Book Group and Lucasfilm Press have released three all-new middle-grade hardcover novels featuring some of the biggest names in the Star Wars saga! Luke, Princess Leia, and Han Solo with Chewbacca get their own tales in this set, part of a number of books published as Journey to The Force Awakens. Smuggler’s Run, The Weapon of a Jedi and Moving Target are adventures that take place between the events of the original trilogy movies.

The three books also contain scenes set just before the events of The Force Awakens, so they each provide little hints and suggestions of what could be in the upcoming movie. Whether its introducing new characters, planets, alien species or droids, each story has some aspect never seen before on film, but likely to appear onscreen come December 17.

The Weapon of a Jedi: A Luke Skywalker Adventure is a story of Luke, shortly after blowing up the first Death Star, being called by the Force to a mysterious and dangerous place. His visions bring him to the planet Devaron where he feels he must find and explore some ancient temple ruins. Unfortunately that place is strictly off-limits, so getting there and getting inside both prove to be challenges in this exciting story. Once he’s inside, Luke finds some answers but also many new questions.

The 184-page story is “told” by C-3P0 as a bit of Luke’s history to young Resistance pilot Jessika Pava, a new character who will also be in the upcoming movie. She is interested in knowing more about the legendary Luke Skywalker. The opening and closing feature C-3P0 and Pava, while the rest of the book is all about young Luke’s journey and discoveries.

One new character, Farnay - a Devaronian woman, plays an important role in the story but it certainly feels like there’s much more to her than revealed here.

Another new character in this story, Sarco Plank, is already available as an action figure for The Force Awakens, so certainly he’ll be in the film somewhere too albeit much older, and hopefully nicer!

Author Jason Fry (Servants of the Empire series, Moving Target, Jupiter Pirates) has created an engaging and thought-provoking adventure. The occasional illustrations by artist Phil Noto are also terrific in all three of these books.

But back to that burning question: Where is Luke Skywalker?

Without giving too much away, Luke only manages to learn a few secrets about this mysterious temple before he must leave. As he departs he makes a solemn vow to return. Obviously he didn’t have much time during the next few years what with his training on Dagobah, rescuing Han Solo and fights with the Emperor! After that though? For the next few weeks it’s anybody’s guess where Luke has spent his time.

By the end of this book it’s clear that Luke later made good on his promise and returned to the temple ruins to unlock its mysteries.

Perhaps he’s still there when the Force awakens…

Other books by Jason Fry: 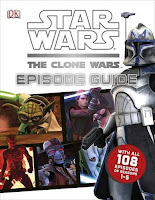 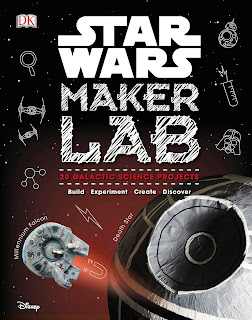